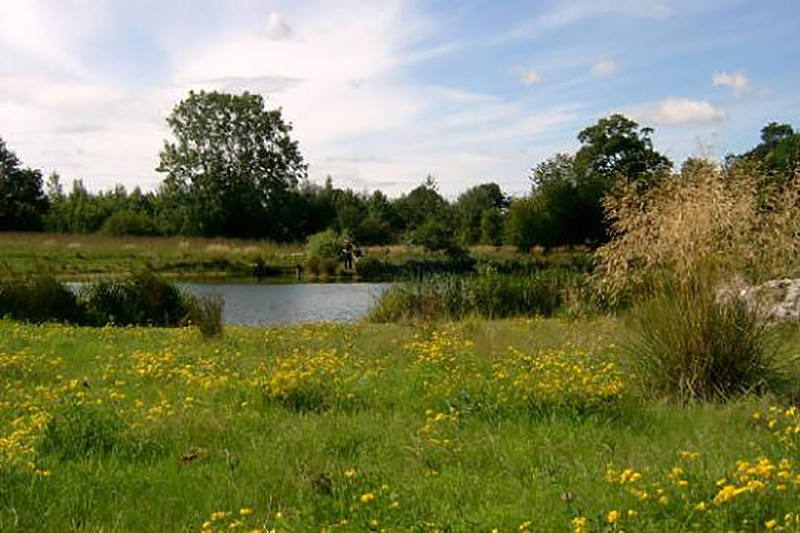 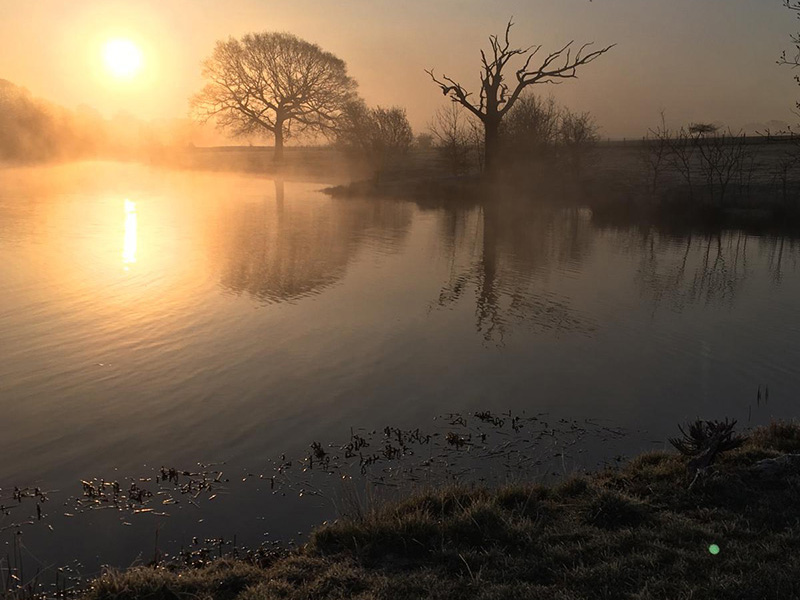 The lakes are stocked with hard fighting Rainbow and Brown trout, ranging from 1.5lbs to specimen size. 4lb to 8lb fish are regularly caught and released, and specimens over 10lb have been caught.

The lakes have a good diversity of aquatic life. Buzzers, Olives, Damsels and Dragonflies are numerous throughout the summer. A survey of the site in July 2010 revealed the presence of 11 species of dragon flies. Water voles are often seen along with many newts and toads. Bird watchers have reported seeing barn owls, short eared owl, kingfishers, little grebe, oyster catchers and even an osprey. Barnacle and Greylag geese nest on the site each year along with a variety of wild fowl, ducks and a pair of swans. In a winter survey and in a summer survey 59 species of breeding birds were recorded.

There is now a 3 fish limit and no further catch and release on the smallest of our lakes. It can be crystal clear with a small island accessible by a bridge. The lake is round in shape, and the western side is sheltered with mature trees. Water depth varies from shallow to 14'. There are deep gullies and underwater islands. A great starting point for your days fishing, it has good numbers of stock Rainbow trout with several Brown trout mixed in too. There is often a surface rise in evening to Buzzers, and early mornings will see larger trout patrolling the shallow margins. On brighter days deep water can be reached easily by fishing from the island swims or beneath the shade of the far bank alder trees.

Is larger, with two wildfowl islands, neither of which are accessible for fishing. The water is in excess of 2 acres. The deepest end is 14', and the entire lake is a mixture of deep gullies, shallows and underwater islands with steep banks to provide habitat for our trout. The long Northern bank is mainly deep water, whilst the southern side is mainly shallow with a couple of deeper trenches within casting range. Mature trees overlook the southern side, which is set amongst wild flower meadow. For this season Old Hall Lake has a stock of Rainbow trout and can be fished catch and release after your limit has been met on Frog Hall Lake

This water is maturing nicely and provides opens margins for easy casting, set against mature trees on the northern bank. Stockies and over-wintered Rainbows and Browns give you a good chance of a specimen fish on the right day. Our chalky clay water produces long silver-sided Rainbows and stunning Browns with greenish coloured backs and golden brown spotted sides. On warm dull days the fish will move in close through the margin rushes and can be stalked on nymph or dry fly.

The large newly constructed reservoir is closed to fishing.